Joe Tidy, technology reporter at BBC News rather bravely did something that many other journalists would probably balk at doing.

He decided he wanted to talk to Russian hackers face-to-face, on their home turf, and ask them their side of the story.

The BBC journalist was interested in hunting down men such as Maksim Yakubets and 40-year-old Igor Turashev, both alleged members of Evil Corp and described by the US authorities as leading “one of the most sophisticated transnational cybercrime syndicates in the world.”

Yakubets, Turashev, and others based in Russia, are said to be living millionaire lifestyles on the back of hacking companies in the West and extorting huge sums of money.

If it’s true that groups such as Evil Corp have managed to steal and extort more than $100 million from its corporate victims, you have to assume they might have the resources to “silence” any journalist who comes sniffing around asking awkward questions.

What’s odd is that the alleged hackers don’t seem to have felt much inclination to hide their riches, openly showing off their custom-painted Lamborginis with personalised number plates that translates to “Thief”” (“It can be rented,” argues Yakubets’s father, denying his son owns such a vehicle when confronted by Tidy), and posting lavish wedding videos online.

As long as alleged hackers like Yakubets and Turashev stay in Russia, there seems little likelihood of the Western law enforcement agencies bringing them into a courtroom. Despite attempts to get the Kremlin to assist in the arrest of suspected cybercriminals like the members of Evil Corp, so far there seems to be no willingness to help.

You can’t help but think that maybe the Russian authorities see no advantages in cybercriminals being handed over to the West, and every benefit in having them attack companies in Europe, the United States, and elsewhere.

You can watch Joe Tidy’s report on BBC iPlayer if you’re a license payer based in the UK, or on YouTube: 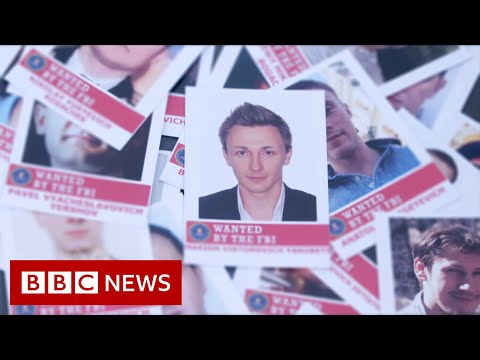 The United States is offering a reward of up to $5 million for information leading to the arrest and/or conviction of 34-year-old Maksim Yakubets.