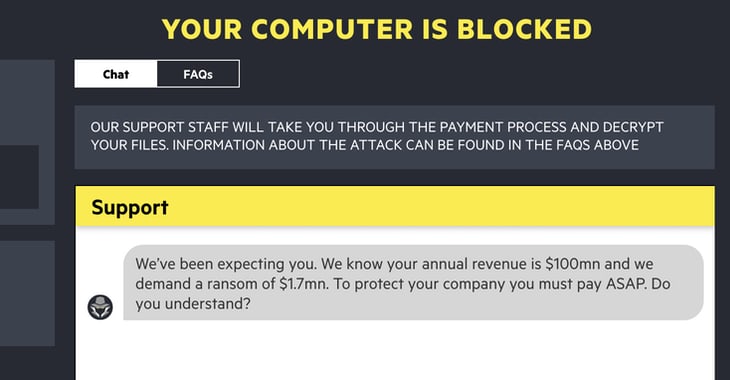 Can negotiating your firm’s ransomware payment actually be fun?

Well, if it’s a game rather than the real thing then yes!

The inventive bods at the Financial Times have created an imaginative ransomware negotiation simulator which lets you imagine you’re in the hot seat at a hacked company, trying to stop cybercriminals from releasing sensitive data they have stolen from your systems.

The simulation lets you imagine that you’re a pointy-headed boss at a successful pharmaceutical company in the United States. After a ransomware attack, the company’s day-to-day operations are severely disrupted, meaning that servers are down, products can’t ship, and employees aren’t being paid. The game then unfolds via a variety of multiple-choice questions, rather like an old-fashioned “Choose your own adventure” book.

When I played the game I managed to extend the negotiation for a few days longer than the hackers had planned, badgered down the ransom demand to a fraction of what the bad guys had initially demanded, before ultimately deciding not to pay them a penny. 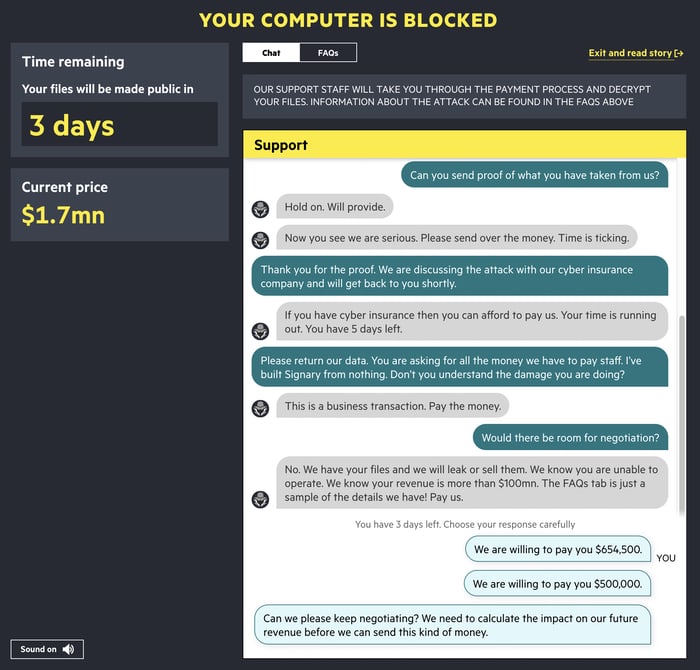 A few hours later, sensitive data about my imaginary company was apparently released on the dark web – but the shareholders were impressed that I refused to pay up.

The FT says that the simulation is based upon interviews with real-life ransomware negotiators, and conversations with security researchers and company executives who have been on the sharp end of an attack.

By my reckoning it’s better to have some experience of negotiation a ransomware payment in the safety of an online game, then having to learn on the job when your company gets hit for real. And if the FT‘s creative exploration of the topic helps more business people understand the seriousness of ransomware, then that has to be a good thing.

Now go on, try the game for yourself.

December 5, 202211 min read
One of the first low-level network tools that any computer user learns about is the…

Exclusive: The largest mobile malware marketplace identified by Resecurity in the Dark Web

December 5, 20225 min read
Resecurity has identified a new underground marketplace in the Dark Web oriented towards mobile malware developers and…

US DHS Cyber Safety Board will review Lapsus$ gang’s operations